The Prime Meetings takes the pleasure to invite you to the Global Meet on Nanotechnology (GMNANO2023) will be held in Osaka, Japan during June 12-14, 2023.

GMNANO2023, is an annual meeting organized with the intend of being a platform for researchers, engineers, academicians as well as industrial experts from all over the world to present their research results and development activities in Nanotechnology.

The meeting brings together World Class participants and young researchers looking for opportunities for exchanges that cross the traditional discipline boundaries and allows them to resolve multidisciplinary challenging problems that only a venue of this nature can offer. Through this event you will be able to share the state-of-the-art developments and cutting-edge technologies in the broad areas of Nanotechnology.

We cordially invite the scientific community to participate in what promises to be a memorable meeting in June, 2023 at Osaka, Japan. 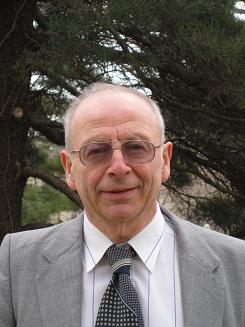 Dr. Alexander G Ramm was born in USSR and emigrated to USA in 1979. he is a US citizen, professor of mathematics at KSU, an author of more than 660 papers in mathematical and physical Journals, of 15 monographs, and an editor of 3 books. His scientific interests include differential and integral equations, operator theory, mathematical physics, especially scattering theory and inverse problems, numerical analysis, especially methods for solving ill-posed problems, various problems of applied mathematics and theoretical engineering. Professor A.G.Ramm was awarded many honors, including Fulbright Research Professorships in Israel and Ukraine, Mercator Professorship, NATO and DAAD professorships and grants, Khwarizmi international award, distinguished professorships in some countries and distinguished lectureships of London Mathematical Society and Hong Kong Mechanical society, and many other honours and awards. He gave invited plenary talks at many conferences throughout the world. 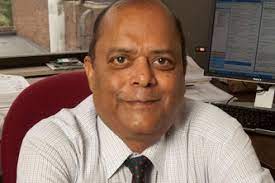 Professor Agarwal is one of the faculty at Washington University since 2001, prior Professor Agarwal was the Chair of the Aerospace Engineering Department at Wichita State University from 1994 to 1996 and the Executive Director of National Institute for Aviation Research from 1996 to 2001. From 1994 to 2001, he was also the Bloomfield Distinguished Professor at Wichita State University. From 1978 to 1994, Professor Agarwal worked in various scientific and managerial positions at McDonnell Douglas Research Laboratories in St. Louis. He became the Program Director and McDonnell Douglas Fellow in 1990. From 1976 to 1978, Professor Agarwal worked as a NRC Research Associate at NASA Ames Research Center and as a Principal Research Engineer at Rao and Associates in Palo Alto, California from 1975 to 1976. Over a period of 45 years, Professor Agarwal has worked in Computational Fluid Dynamics (CFD), Computational Magnetohydrodynamics (MHD) and Electromagnetics, Computational Aeroacoustics, Multidisciplinary Design and Optimization, Rarefied Gas Dynamics and Hypersonic Flows, Bio-Fluid Dynamics, and Flow and Flight Control. More recently, he has devoted some of his efforts in nanotechnology and renewable energy systems - in particular wind, solar and biomass. He is the author and coauthor of over 600 publications and serves on the editorial board of more than 20 journals. He has given many plenary, keynote and invited lectures at various national and international conferences in over 60 countries worldwide. Professor Agarwal continues to serve on many professional, government, and industrial advisory committees. Professor Agarwal is a Fellow of 23 societies including: American Association for Advancement of Science (AAAS), American Institute of Aeronautics and Astronautics (AIAA), American Physical Society (APS), American Society of Mechanical Engineers (ASME), Institute of Electrical and Electronics Engineers (IEEE), Society of Automotive Engineers (SAE), Society of Manufacturing Engineers (SME), American Academy of Mechanics (AAM), American Society of Civil Engineers (ASCE), Chinese Society of Aeronautics and Astronautics (CSAA), Institute of Pysics (IOP), UK, Institute of Engineering and Technology (IET), Energy Institute (EI), Australian Institute of High Energetic Materials, American Society for Engineering Education (ASEE), Academy of Science of St. Louis, Royal Aeronautical Society (RAeS), etc. and World Innovation Foundation (WIF). He has received many honors and awards for his research contributions including the ASME Fluids Engineering Award (2001), ASME Charles Russ Richards Memorial Award (2006), Royal Aeronautical Society Gold Award (2007), AIAA Aerodynamics Award (2008), AIAA/SAE 2009 William Littlewood Lecture Award (2009), James B. Eads Award of Academy of Science of St. Louis (2009), ASEE/AIAA John Leland Atwood Award (2009), SAE Clarence Kelly Johnson Award (2009), SAE Franklin W. Kolk Award (2009), AIAA Lindbergh Award (2010), SAE Aerospace Engineering Leadership Award (2013), SAE Excellence in Engineering Education Award, SAE International Medal of Honor (2015) and AIAA Reed Aeronautics Award (2015) among many others. 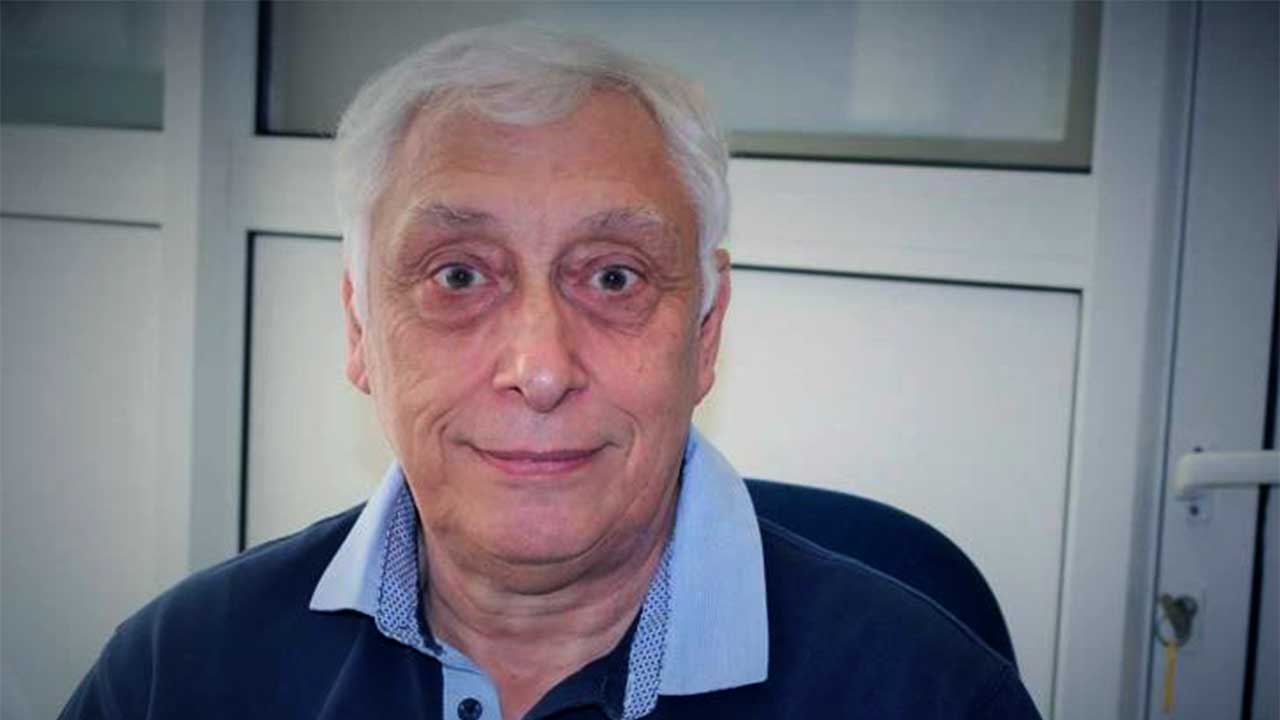 Serge Mignani obtained a “diplôme d’ingénieur” degree in 1977 from the ‘Ecole Nationale Supéreure de Chimie de Rennes’ (University of Rennes, France). In 1978, he joined the Catholic University of Louvainla‐ Neuve (Belgium) for a Ph.D. training under the supervision of Prof H. G. Viehe (two thesis). Then, he joined the University of Madison (USA) for a postdoctoral stay under the supervision of Prof B. M. Trost. In 1981, he joined Rhône-Poulenc (currently Sanofi) at the Vitry Research Center (France), where he was Head of the Medicinal Chemistry Department and Scientific Director. His research interests included medicinal chemistry, organic synthesis, nanotechnologies, drug delivery and vectorisation approaches. His research team has been involved successively in the preparation of new anti-convulsive, anxiolytic, anti-depressive, anti-ischaemic, anti‐ HIV, anti-diabetic, anti-bacterial and anti-tumour agents with original mechanism of action. More than ten clinical candidates have been disclosed by his teams. Serge Mignani is author of more 160 publications and more 100 patents. More than 70 invited plenary lectures and conferences have been presented. He was member of the “Comité National de la Chimie”, Vice‐ President of the “French‐ Japanese Society for Fine and Medicinal Chemistry”, and he was nominated National Representative from France to the IUPAC Division of Chemistry and Human Health. S. Mignani is consultant for several medium pharmaceutical industries (Canada and USA) and Institutes (France, China, Portugal, Poland, and India) and provides training courses in ‘Modern’ Medicinal Chemistry at several universities (France, Spain, China, Belgium, India, Portugal, Chile and Morocco). S. Mignani is associated researcher and advisor at the University Paris Descartes, Faculté des Sciences Fondamentales et Biomédicales, UMR 8601 (University of Medicine) S. Mignani is Consultant to President at Glycovax Pharma (Montreal, Canada) (2017- ) and SAPIR Pharmaceuticals (USA) (2019 - ). S. Mignani has been nominated in 2018 as Advisory Professor in the Donghua University (Shanghai, China). Founder member of the Sino-French Network on Theranostics and Medicinal Chemistry (SF-NTMC), and scientific advisor (2018 - ). Others funders: Prof. X. Shi (Donghua university, China) and Prof. J-P. Majoral (LCC, Toulouse, France) He started strong collaborations in medicinal chemisty and nanomedicine in several therapeutic areas such as cancer, tuberculosis, body infections, CNS degenerative diseases, inflammation, blood disorders, and imaging researches with the Indian Institute of Integrative Medicine (Dr Ram Vishwakarma, IIIM, preclinical candidates and one compound in clinical phase in the oncology domain) at Jammu, India, with the ‘Laboratoire Chimie de Coordination’ (Dr. Jean-Pierre Majoral, LCC, preclinical candidates in oncology and tuberculosis domain, and new therapeutic phosphorus dendrimers development) at Toulouse, France, with the Donghua University (Prof. X. Shi, new phosphorus dendrimers in the theranostic field) at Shanghai, China, with the CDRI at Lucknow, India (Prof. K. K. Srivastava and Prof. R.P. Tripathi, preclinical candidates in oncology and tuberculosis domains), and with the Centro de Quimica da Madeira, University of Madeira (nanomedicine and drug discovery, Prof. Joao Rodrigues) at Fungal, Portugal. Recently, he was nominated Full Professor at the Centro de Quimica da Madeira, University of Madeira at Fungal, Portugal, and Guest Editors (2017 - ): China Science Materials and Pharmaceutics.


Osaka is located on the main island of Honshu, roughly in the centre of Japan. Osaka City, which was incorporated in 1889, has a population of 2.5 million and an area of 221 square kilometres. Osaka Prefecture, which includes Osaka City (its capital) and 42 other municipalities, has a population of 8.7 million and a total land mass of about 1,905 square kilometres. Although Osaka is Japan's second smallest prefecture by size, its population represents 7% of the entire nation, making it the second most populous prefecture after Tokyo. Furthermore, 10% of all non-Japanese residents live in Osaka.