Global Meet on Metamaterials and Nanophotonics

The Prime Meetings takes the pleasure to invite you to the Global Meet on Metamaterials and Nanophotonics (GMMETA2023) will be held in Lisbon, Portugal during September 14-16, 2023.

GMMETA2023, is an annual meeting organized with the intend of being a platform for researchers, engineers, academicians as well as industrial experts from all over the world to present their research results and development activities in Metamaterials and Nanophotonics.

The meeting brings together World Class participants and young researchers looking for opportunities for exchanges that cross the traditional discipline boundaries and allows them to resolve multidisciplinary challenging problems that only a venue of this nature can offer.

Through this event you will be able to share the state-of-the-art developments and cutting-edge technologies in the broad areas of Metamaterials and Nanophotonics.

We would like to strongly encourage you to submit your abstracts and register to attend in order to share your achievements in the fields of Metamaterials and Nanophotonics.

We cordially invite the scientific community to participate in what promises to be a memorable meeting in September 14-16, 2023 at Lisbon, Portugal. 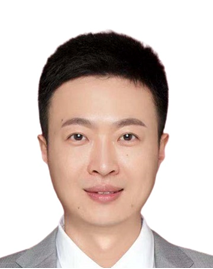 Yang Yue received the B.S. and M.S. degrees in electrical engineering and optics from Nankai University, China, in 2004 and 2007, respectively. He received the Ph.D. degree in electrical engineering from the University of Southern California, USA, in 2012. He is a Professor with the School of Information and Communications Engineering, Xi'an Jiaotong University, China. Dr. Yue’s current research interest is intelligent photonics, including optical communications, optical perception, and optical chip. He has published over 200 journal papers (including Science) and conference proceedings with >10,000 citations, five edited books, two book chapters, >60 issued or pending patents, >200 invited presentations (including 2 tutorial, >40 plenary and >50 keynote talks). Dr. Yue is a Fellow of SPIE, a Senior Member of IEEE and Optica. He is an Associate Editor for IEEE Access and Frontiers in Physics, Editor Board Member for four other scientific journals, Guest Editor for >10 journal special issues. He also served as Chair or Committee Member for >100 international conferences, Reviewer for >70 prestigious journals. 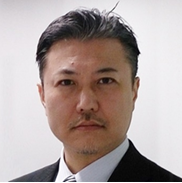 Dr. Bin Chen earned his Ph.D. degree at Xi’an Jiao tong University, China in 2002. After his postdoctoral studies supported by the Japan Society for Promotion Science, he came back to Xi’an Jiao tong University and he is currently a full professor and vice director at State Key Laboratory of Multiphase Flow in Power Engineering. Dr. Chen has devoted his efforts to the research of nanophononics in Laser dermatology and ophthalmology. Now he served as Fellow of the International Association of Advanced Materials and editorial board member of Pharmaceutical Nanotechnology.

Professor Vladimir G. Chigrinov is Professor of Hong Kong University of Science and Technology since 1999. He is an Expert in Flat Panel Technology in Russia, recognized by the World Technology Evaluation Centre, 1994, and SID Fellow since 2008. He is an author of 6 books, 31 reviews and book chapters, about 322 journal papers, more than 677 Conference presentations, and 121 patents and patent applications including 38 US patents in the field of liquid crystals since 1974. He got Excellent Research Award of HKUST School of Engineering in 2012. He obtained Gold Medal and The Best Award in the Invention & Innovation Awards 2014 held at the Malaysia Technology Expo (MTE) 2014, which was hosted in Kuala Lumpur, Malaysia, on 20-22 Feb 2014. He is a Member of EU Academy of Sciences (EUAS) since July 2017. He got A Slottow Owaki Prize of SID in 2018 http://www.ee.ust.hk/ece.php/enews/detail/660. He is 2019 Distinguished Fellow of IETI (International Engineering and Technology Institute). http://www.ieti.net/news/detail.aspx?id=184 http://www.ieti.net/memberships/Fellows.aspx Since 2018 he works as Professor in the School of Physics and Optoelectronics Engineering in Foshan University, Foshan, China. 2020-2024 Vice President of Fellow of Institute of Data Science and Artificial Intelligence (IDSAI) Since 2021 distinguished Fellow of Institute of Data Science and Artificial Intelligence. Since March 2022 he is A Fellow of National Academy of Technology for his contributions to Information Electrical and Electronic Research : http://www.usnat.org/fellows.html 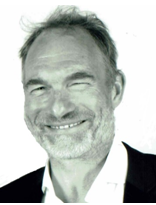 Paul Grunow has completed his Ph.D at the age of 30 years from Technical University Berlin and Helmholtz-Zentrum Berlin and postdoctoral studies from the COPPE/UFRJ in Rio de Janeiro, Brazil. He is the general manager of Trinity Solarbeteiligungen GmbH, an investment company in renewable energies. Before, he co-founded three companies in the area of photovoltaics based in Berlin, i.e. Solon, Q-Cells, PI Photovoltaik-Institut Berlin. He has published more than 12 papers in reputed journals. 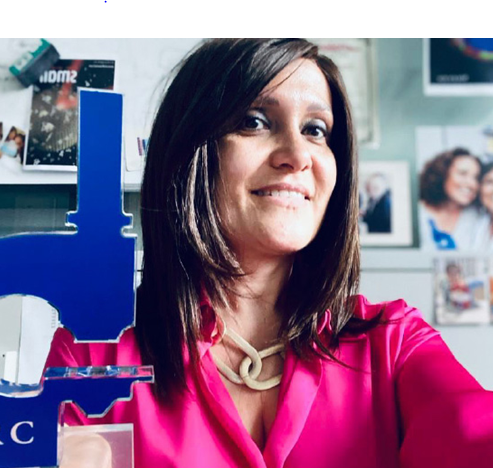 Anna Chiara obtained a master’s degree in Physics (2004), followed by a PhD thesis in the field of Bio photonics at Department of Physics, University of Naples “Federico II” (2008). In 2009, she joined K. Dholakia group at University of St Andrews where she developed tools enabling enhanced Raman Spectroscopy for cancer cell identification. She joined the Institute of Protein Biochemistry (IBP) of National Research Council of Italy (CNR) in 2012, and the same year she has been appointed a tenured Research Fellow by the CNR. She is currently Senior Research at IEOS, CNR and coordinator of the Bio photonics and Advanced microscopy Lab. Her research interests are focused on the development of advanced optical microscopies based on Raman Spectroscopy, such as novel Raman imaging platform, fluorescence-free Raman spectroscope and Surface Enhanced Raman Spectroscopy (SERS) biosensors, and their integration/correlation with other microscopies (e.g., fluorescence microscopy, digital holography and Mass Imaging), in order to provide specific label-free characterizations/mapping of single cells with molecular resolution. In 2015 she became member of the Euro-bioimaging ERIC infrastructure (EuBi) - Advanced Light Microscopy Italian Node (ALM) in Naples as technology advisor. Since 2020, she is manager the Joint Research Unit for the development and managing of the research activities of the 4 AML nodes of EuBi. She has been recognized with numerous prestigious research grants, including the Grant from AIRC, Italian “future in Science” grant (FIRB), PON from Italian Ministry of Research and University, POR from Campania Region, Grant from Ministry of Health and @CNR grant.

Laila M. Montaser MD is a Prof. of Clinical Pathology. She served as the Chair Emeritus, Founder leader of Clinical Pathology Department, Faculty of Medicine, Menoufia University, Egypt. Montaser is an internationally recognized stem cell technology professional. She has key competence in stem cell technology and regenerative medicine policy reinforced by global level and international experience in research, formulation and capacity building. In the era of COVID-19, she was awarded thirty three certificates of appreciation for successfully presenting forty seven Global Webinars 33/47 (70.2 %) from her home office amid the lockdown of COVID-19 pandemic crisis. 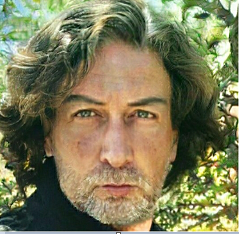 Rami Ahmad El-Nabulsi holds a PhD in Particle Physics, Mathematical Physics and Modeling from Provence University (currently Aix-Marseille University), France and a diploma of advanced studies in Plasma Physics and Radiation Astrophysics from the same institution. He worked with different worldwide research departments in UK, South Korea, China, Greece, Thailand, India, etc. and he is currently affiliated to Chiang Mai University, Thailand. He is the author of more than 315 peer-reviewed papers in peer-refereed reputed journals and a reviewer for more than 125 scientific journals. His research ranges from applied mathematics to theoretical physics including nonlinear dynamical systems, space and astrophysics, general relativity, geometrical and algebraic physics, physics and chemistry of solids, plasma MHD, neutronics and nuclear reactors, superconductivity, and magnetic materials among others. 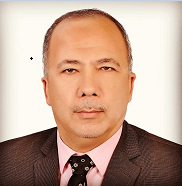 Dr. Abobatta working at Horticulture Research Institute. He’s an Expert of International Society of Citriculture, University of California (UC RIVERSIDE). Member of the Scientific Committee for Greenhouses Plantation (Agriculture Research Center), and a member of the Scientific Team for National Campaign for Navel Orange improvement (H. R. I.), He is a Deputy General Secretary of the Arab Federation for the Protection of Wild and Marine Life. Abobatta is a Scientific Committee Member of international and national conferences. He worked as the coordinator for various international conferences and workshops. Abobatta is a supervisor of M. Sc. and Ph. D. Thesis in various branches of agricultural science. He has edited 3 books and published 7 book chapters on important aspects of plant physiology, plant stress responses, Postharvest, and precision agriculture in relation to plant species. He has published 67 scientific papers in plant physiology, Horticultural science, Plant nutrition, Nano application in agriculture, Influence of Climate Change on orchards Productivity, Postharvest of Horticultural Products. Abobatta has been serving as an editorial board member in several respected journals; he’s a member of the Board of Environment Friends Society (H R I). He’s a consultant of Nano application in the agricultural sector, Magnetizing treated water in agriculture, also, he’s one of Jojoba production experts in the MENA region. Dr. Abobatta has been identified as an influential speaker for seminars, symposiums, workshops, training, and classes. 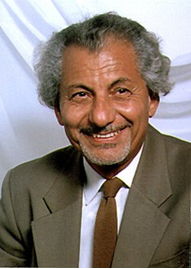 Dr. Mazurchevici Simona-Nicoleta is assistant professor at the "Gheorghe Asachi" Technical University of Iaşi, Faculty of Machine Manufacturing and Industrial Management, Romania, the research topic being focused on processing of parts (injection molding, 3D printing) made of biodegradable polymeric. The doctoral study was performed at the same institution, the doctoral thesis was entitled Contributions to the study of reinforced parts obtaining process from biodegradable materials by injection molding, 2016. She has license’s degree in medical physics, obtained at “Alexandru Ioan Cuza„ University of Iasi, Department of Physics, Romania. Also, she benefited of tow research internships, first at the “Tor Vergata” University of Rome, Italy, in 2014 and in 2019 at University of Monterrey, Mexico. As publications, she has of over 45 papers, 15 of them being with WoS indexation. Dr. Mazurchevici Simona-Nicoleta participated at numerous international conferences. She is also secretary of the Professional Association in Modern Manufacturing Technologies (ModTech) Executive Board, an association with over 400 members and 12 branches abroad, and a reviewer of several international journals. 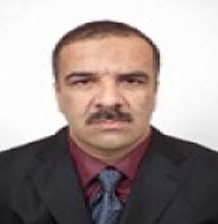 Bachir Raho Ghalem has completed his PhD in 2011 from Sidi bel Abbes University. He is the Co-Director of Process Engineering and Chemistry of Solutions Laboratory, University of Mascara, Mascara, Algeria. He has published more than 50 papers in reputed journals and has been serving as an editorial board member of repute. 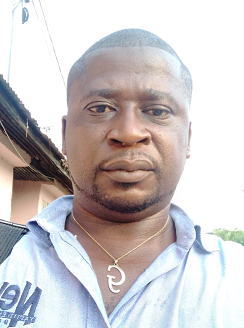 University of Sciences and Technology of Masuku
Biography 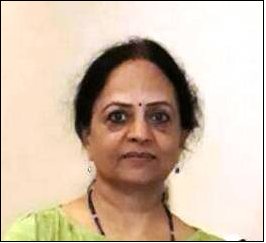 Dr. Pratima Parashar Pandey, Ph. d. is an academician and Scientist in the field of Materials Science and Nanotechnology since last twenty-five years. Earlier, she was in the field of polymer blends for twenty years and has published about fourteen papers in cited journals. Since, last ten years in the field of metal nano polymer composites and have twelve research papers in SCI journals. She has also written a chapter 'Silver particulate films on softened polymer composite' in the book 'Applications of Calorimetry in a Wide Context - Differential Scanning Calorimetry, Isothermal Titration Calorimetry and Microcalorimetry' in Intech Publication. She has also written a chapter 'Nanobiomaterials in Antimicrobial Therapy' in a book 'Recent Biopolymers' published in Intech Publication. She has recently published a chapter “Study on Preparation and Characterization of Subsurface Silver Particulate Films on Polymer Blends of Polystyrene/Poly (2-Vinyl pyridine) /Poly (Vinylpyrollidone)/Poly (4-Vinyl pyridine)” in the book ‘Recent Trends in Chemical and Material Sciences’ She is Editor for a published book titled 'Pyridine', Intech publication. She has recently published a book titled “Silver nano polymer composite in Antimicrobial approach”, 2020, Lambert academic publication She has been reviewer, technical programme member and invited speaker for many international and National conferences. 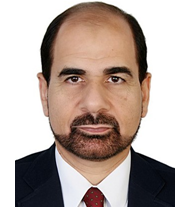